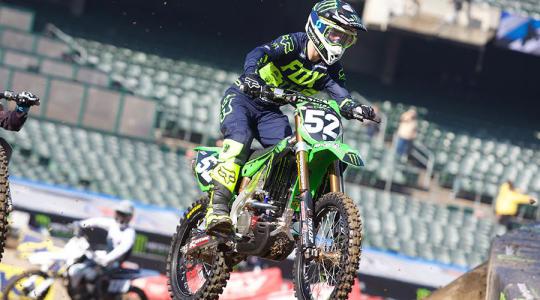 As expected, Austin Forkner, Jordon Smith, and Cameron McAdoo will all return to the team from last year’s roster and new amateur standout Seth Hammaker will make the jump to the pro ranks to fill the fourth spot on the team.

Forkner turned pro with the team during the 2016 Lucas Oil AMA Pro Motocross Championship and has raced with them ever since. Two thousand twenty one will be his fifth go in supercross—where he will once again enter as a title favorite. Smith and McAdoo will be back for their second years with the team and Hammaker will make the jump to full-time pro for both AMA Supercross and Pro Motocross.